Global Aliyah hired lawyers to revert a deportation order and we got the temporary residence for the young doctor for a year, fighting for their citizenship.

Came to Israel as a part of Aliyah project

Dr. Siletsky, a 24-year-old Jew from the Ukraine, came with his wife to Israel as a part of a project to encourage doctors to work in Israel. Two months before they are expected to complete their internship at Rambam Hospital in Haifa and join the health system as part of “Masa”’s unique project, Dr. Igor Siletsky and his wife Dr. Valeria Siletska received a dramatic announcement from the Ministry of the Interior: they had found an old claim that Siletsky’s Jewish grandmother had baptized his aunt and mother.

Dr. Siletsky, 24, was educated as a secular Jew, underwent circumcision, and came to Israel for the first time in his youth as part of “Taglit -Birthright” program. He got married and about two years ago joined a program that encourages Jewish doctors from the former Soviet Union to repatriate to Israel, where the health care system is in dire need of doctors. 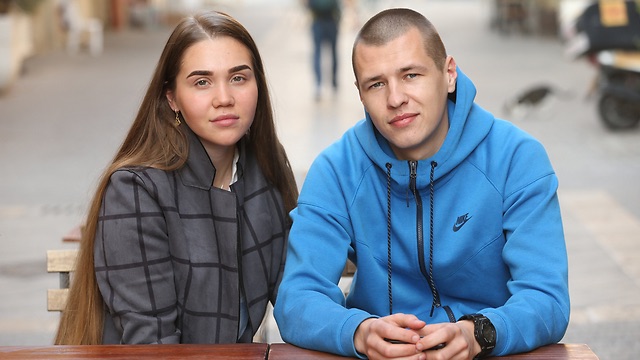 Siletsky and his wife, both doctors, decided to join the project and repatriate to Israel. They received approval from the Israeli consulate in Ukraine and arrived to Israel about six months ago. However, they were recently summoned to the Interior Ministry office in Haifa and were told that their application for repatriant status had been denied – and they were required to leave immediately. The letter stated that even if they would appeal the decision they will not be able to stay in Israel, but must leave and start the process again in their country of origin.

MOI decides that grandmother is Christian

“When we arrived in Israel, we were told that there was a problem with my grandmother and my aunt,” said Igor. “We realized that it had nothing to do with us, and we continued to work at Haifa University and Rambam Hospital. Recently, two months before the course ended, we were informed that we will be deported, on the grounds that my grandmother converted to Christianity. It’s a total lie.”

It turns out that at the time, when they were filling out the application forms before immigrating to Israel, Igor’s grandmother wrote in the application form that she was devoid of religion, but his aunt had defined herself as an Russian Orthodox Christian. When the grandmother was asked for an explanation, she said that her aunt was baptized as a child. At some point the details were changed and the Interior Ministry decided that all – the grandmother, the aunt and Igor’s late mother – were Christian.

Has to prove that he is not a Christian

“Even if they baptized his mother, it is not enough to deprive him of the possibility of immigrating to Israel,” says Yadin Eilam, who represents them on behalf of Global Aliya. “According to the law he or his mother should have been active Christians in order to be denied their right of return. But his late mother was not Christian, she was Jewish in every respect.” “The state encouraged and provided them with airline tickets.”

Now it is up to Siletsky to prove that his late mother did not convert, but according to the deportation order he and his wife cannot stay here for the remaining two months to complete their studies. “It’s stupid,” said Igor. “They know that I am a Jew, and nowhere has anyone ever claimed that I am not Jewish, or that my mother was baptized, and now I suddenly have to prove that I am not a Christian, because of their mistake.”

“This is an absurd situation and it will be a great loss for the state and the health system that the couple will find themselves out of the country,” said MK Razvozov.