N is the teacher of math and physics. Israel has had always an essential place in her heart. For years N had dreamt and discussed with her family about moving to Israel. In fact, it would not have been such an incredible move – three of her aunts live in Haifa for years already. The plan would include the whole family – also elderly father and mother, retired academicians, physicists. Unfortunately, the dream never realized for mom – on 2011 she passed away. In 2016 M started to take more decisive steps and applied for Aliyah programs. At the beginning of 2017, she was contacted by Israeli consulate about the special program for teachers.

The fulfillment of the dream was within reach more than ever. N’s family presented all the documents for Aliyah; her elderly father applied separately as a widower of the daughter of a Jew. Consul said that the family has all the necessary documents to get permission for Aliyah, only the father will have difficulties. “He said that we must be prepared in case if my dad would be refused and that we should think whether we would go to Israel without him. I answered that I cannot leave my dad alone to Russia– he has difficulties to walk. The consul said that there might be an option to turn to the court in Israel,” tells N.

On the third consular check, all, except father received the visa for Aliyah, and they were told that there was no answer concerning him. N is determined: the whole family will move, also the father, not to mention the Welsh corgi, children’s beloved dog. The family arrived in Israel at the end of April and father came as a tourist. In Israel, N contacted lawyers immediately. The answer was that the status could be changed, but this would cost about five thousand dollars. N had never seen that amount of money. “I was prepared for a long battle – both financially and morally.” They had not sold their apartment in Moscow in a case of the worst scenario. But then N heard about organization Global Aliya and contacted them.

N’s father is a fine and lean elderly gentleman, a kind of person, who would not demand nor complain, willing to adapt to any condition. Though not Jewish himself, he has always been supporting his daughter’s love for Israel. While the family is facing different difficulties with the new beginnings, he has been on the encouraging side with her daughter. Just a small quietly said sentence “Israel does not want me,” betrays the hurt in his heart… 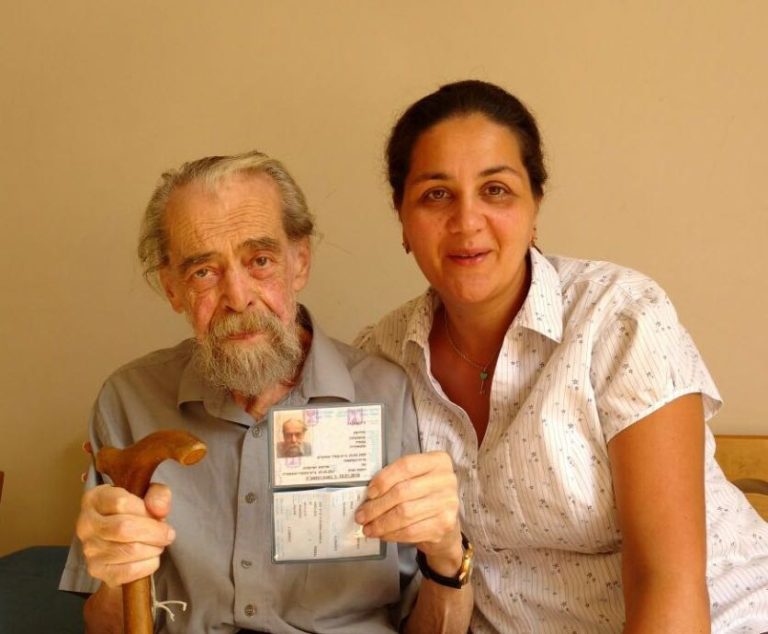 We are happy to tell that with Global Aliya’s help N’s father received in October Israeli citizenship.

Not Without My Father