A victory report from Global Aliyah

After long months of waiting Mrs. K. finally heard the good news: the DNA test proved that she was the grandchild of Mr. C., her Jewish grandpa.
Mr. C. made Aliya in 1998 and had died of old age in 2004. Katya had the right to make Aliya as a grandchild of her Jewish grandpa, but the problem was that Mrs. K.'s father V.’s birth certificate didn’t mention that Mr. C. was his father. Grandma refused to write Mr. C.'s name into his birth certificate and left it blank. Mr. C . had two more children who both live in Israel: one in Arad and another in Beersheva. The only way to prove that Mrs. K. had the right to make Aliyah was by a DNA-test ($1,750 + $3,000 USD legal fees - paid by our partners), which had to prove that Mr. V. and his sisters had the same father - Mr. C. 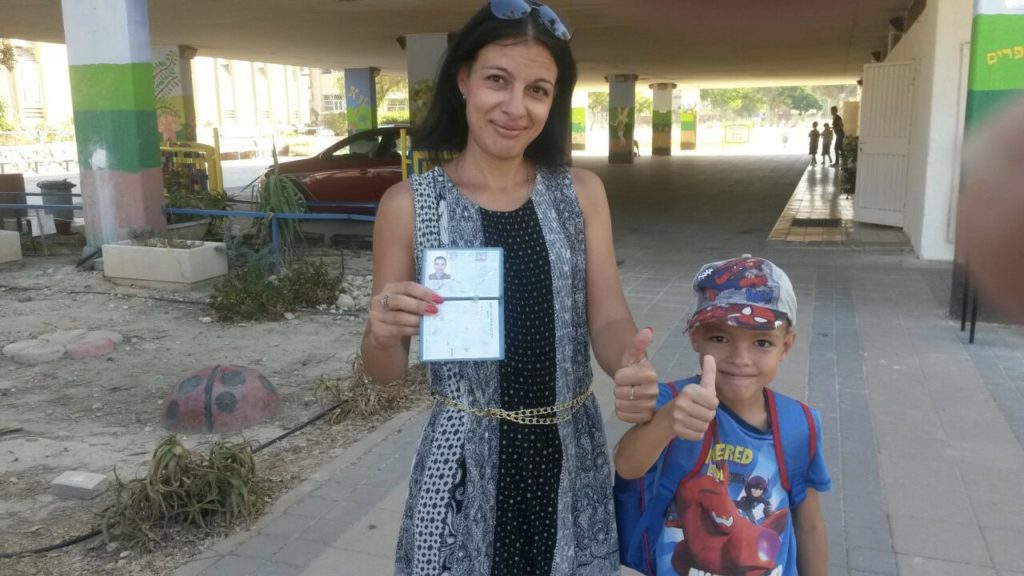 At the Ministry of Interior

Mrs. K. felt victorious - she had the court decision in her hand which declared that she was the grandchild of Mr. C. With excitement she went to the Ministry of Interior (MOI) office to receive her status of the new immigrant, but the clerk voiced a different opinion: “the decision’s wording that the judge used is wrong, go back and get it changed”. Mrs. K. was devastated and her hopes were crushed when she heard that. This could take forever, since her lawyer told her that the judge will not change the wording.
Global Aliyah learned that the Knesset Aliyah Committee would be discussing the problems of Ethiopian Aliyah the next day and we figured out a way how we could get them to discuss the DNA test related problems with immigrants from the former Soviet Union. Our plan worked - the Committee invited Mrs. K. to testify before the Knesset members and MOI representatives.

The outcome was amazing - just a day after she was sent home weeping by insensitive MOI clerks, we could talk to their MOI high officials at the Knesset Committee meeting, which was broadcasted live via the Knesset Channel. Of course they promised to help her immediately! Mrs. K.'s experience was best described by Psalms 30:5 “...weeping may endure for a night, but joy comes in the morning…”